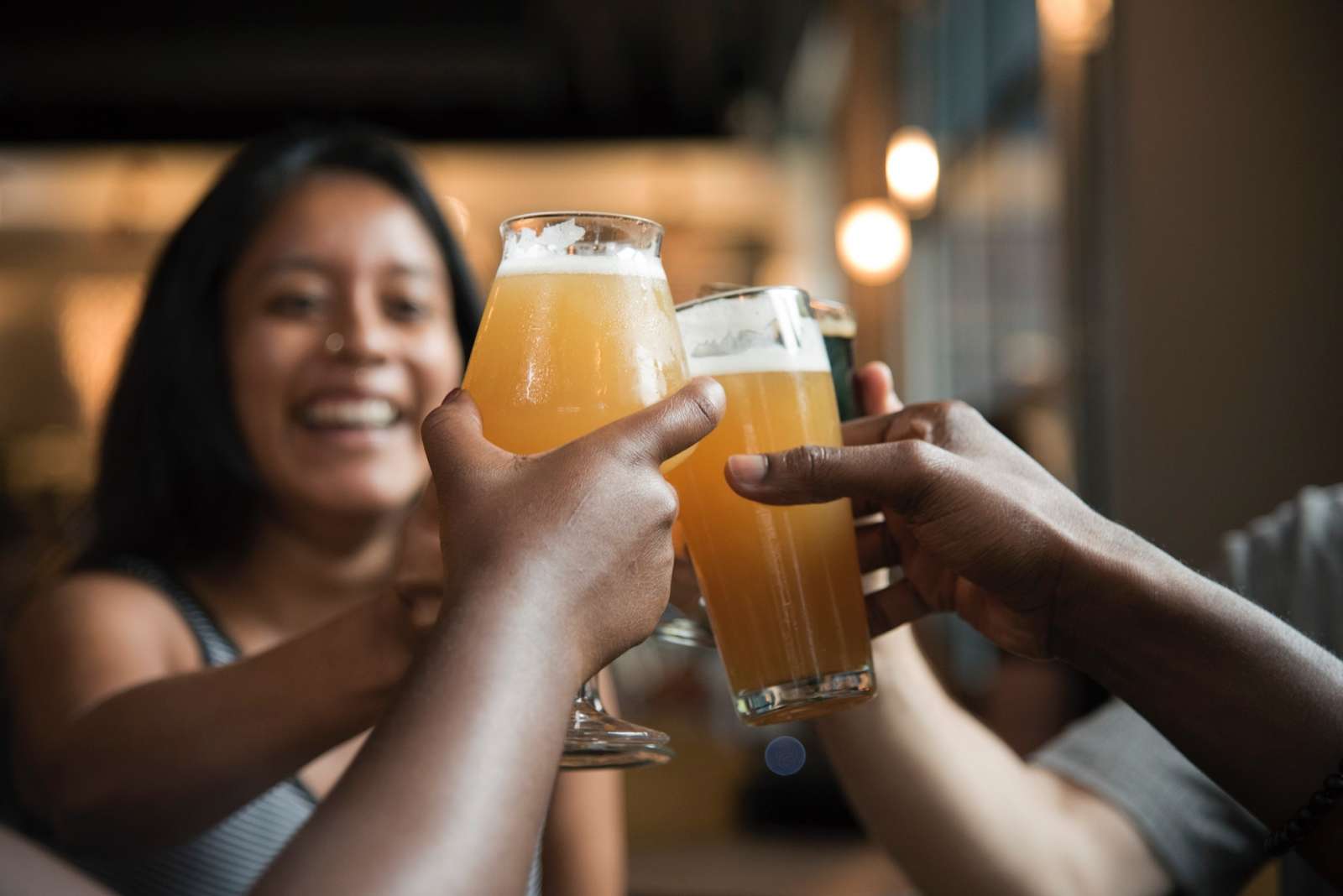 The craft brewery scene has grown rapidly on Vancouver Island, and Nanaimo has been at the forefront of this change. Nanaimo craft breweries offer locally inspired, thirst-quenching brews within warm, welcoming taprooms that bring the West Coast directly to you.

Wolf Brewing Company combines the rich flavours of the Pacific North with an Old World style of brewing to create vibrant and natural flavours worthy of admiration. Wolf Brewing uses a naturally carbonated cask and bottle conditioning, and master brewer Kevin is known for sharing info about these techniques with passion.

Wolf Brewing’s labels are masterpieces in and of themselves, featuring paintings or designs directly inspired by Vancouver Island. Many of the artists live and play in beautiful British Columbia.

But the local connections don’t end there. Whenever possible, Wolf Brewing Company sources its ingredients from local farmers, including Cedar Valley Hop farm and Frederich’s Honey Farm. Other ingredients are purchased as close to home as possible.

Longwood Brewery is Nanaimo’s longest-standing microbrewery and has a loyal following that’s lasted decades. With six core beers —including a refreshing raspberry ale, a strong stout, and a couple of pale ales—as well a sour series, barrel series, and seasonal favourites that come and go.

Longwood Brewery sources its ingredients from local farmers, resulting in unique beers that are truly local. Half the barley and most of the hops used in Longwood Brewery’s recipes come from the Central Vancouver Island region.

Families are welcome in the restaurant, where you can enjoy your meal beside a cozy rock fireplace, outdoor patio or head downstairs to the pub for a casual 19+ experience.

White Sails Brewing is an award-winning microbrewery that serves as a gathering place for friends, families, and colleagues. It’s the perfect backdrop for conversation, celebration, and connection.

White Sails Brewing features a menu of snacks and light meals from local bakeries, delis, and restaurants to keep guests full and satisfied. The taproom also opens its walls to the works of local artists, sharing curated collections on a rotating basis.

White Sails Brewing is located across from Maffeo Sutton Park, along the edge of downtown Nanaimo’s commercial shops.

Cliffside Brewing may be the newest microbrewery in Nanaimo, but this cozy, small-batch operation has already made its mark on the community.

Cliffside launched with a respectable collection of six beers, offering a little something for everyone: colourful ales, IPAs, and a flavourful porter. Additional brews and seasonal selections are often available on-site as well.

Cliffside Brewery is a family-owned and operated business, conveniently located downtown. It’s tucked in the plaza behind White Sails Brewing and is ideally situated to meet up with friends or round off a romantic stroll along the harbour waterfront.

For more inspiration, visit The BC Ale Trail website to see their Nanaimo itineraries.