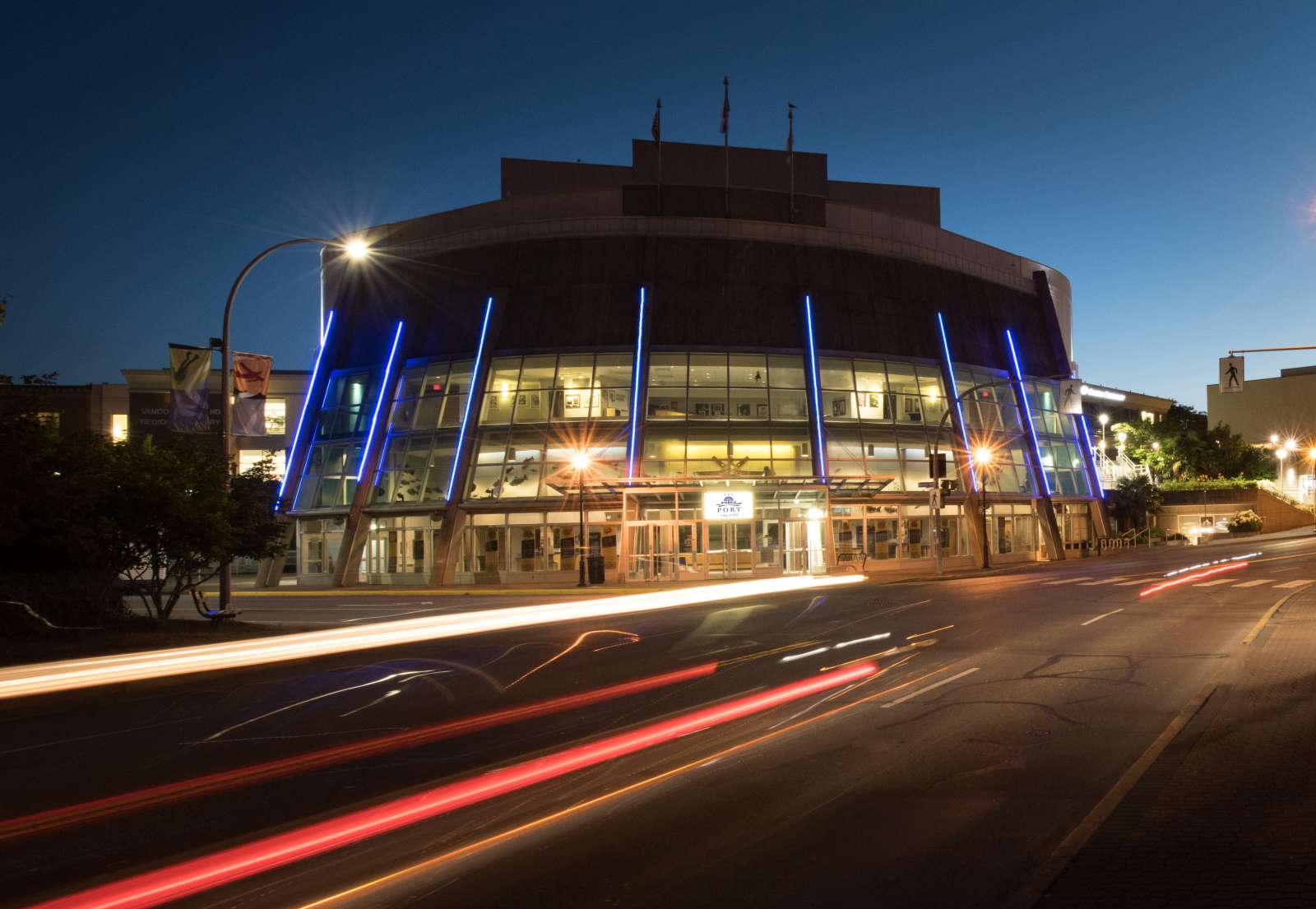 Nanaimo’s theatres are places of laughter, joy, and entertainment. They bring people together for shared experiences and enrich lives almost every night of the year. Patrons of the arts in Nanaimo have four fantastic local theatres to discover.

Nanaimo’s Port Theatre is an 804-seat performance theatre, complete with balcony and loge seating. The theatre can accommodate a wide range of acts, including concerts, dance performances, performance arts, and professional lectures. A small section of the theatre transforms into a 504 square foot orchestra pit, allowing for full concert accompaniment on select performances.

The Port Theatre is partially subsidized by the City of Nanaimo and funded by community donations via the Port Theatre Society. A wonderful team of over 150 volunteers helps usher and maintain the concessions during every performance.

The Port Theatre is the most popular theatre in Nanaimo, and its performances tend to have the highest production value. In addition to supporting many local artists, The Port Theatre routinely draws touring, national, and international performers to its stage.

The Port Theatre is highly regarded for its annual Spotlight Series, which features unique and transformative performances in music, dance, live theatre, and more. Learn more about the Spotlight Series.

The Nanaimo Theatre Group got its start in 1961 when three theatre enthusiasts put out a casting call to the local community for a community performance. In 1975, The current Bailey Studio building was purchased and has been improved over the decades that followed. Today, The Bailey Studio features proper theatre seating with good sightlines, professional lighting, and high-quality sound equipment.

The Bailey Studio hosts a handful of performances throughout the year, including plays and musicals. While every performance is a delight, it’s the annual Christmas-time pantomime that draws crowds from near and far. Many Nanaimo families attend the pantomime as a holiday tradition, gathering with their loves ones to cheer on heroes and boo villains.
View Shows

The Harbour City Theatre is a cozy and welcoming performance arts venue in Nanaimo’s downtown arts district. The 96-seat theatre is equipped with modern acoustics and lighting, and a 30’ x 24’ sprung stage.

Malaspina Theatre is part of Vancouver Island University and serves as an instructional theatre for aspiring artists. The theatre hosts a fascinating mix of events throughout the year, most of which are organized by VIU students and faculty. Past performances have included plays and theatre productions, film screenings, poetry readings, burlesque shows, orchestra ensembles, and musicals.

The Malaspina Theatre has approximately 300 seats and a three-sided thrust stage. As a result of a community crowd-funded renovation campaign in 2016, patrons of the Malaspina Theatre enjoy comfortable seating with great views, and one of the best lounge spaces in the city.

VIU also hosts plays in the Mike Taugher Studio, which is a small and intimate performance space.