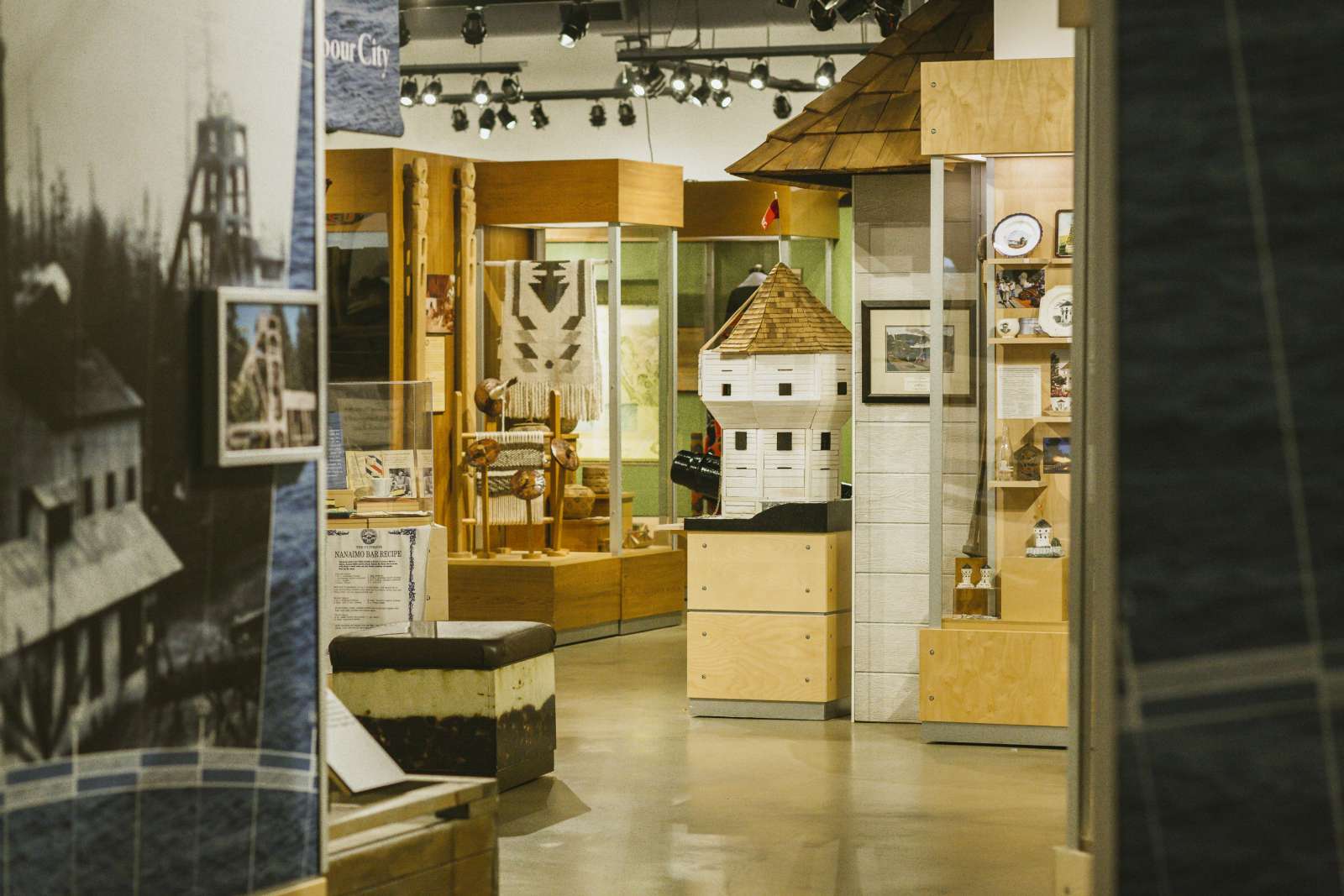 Nanaimo has four fascinating museums, each focusing on a different aspect of life and history in the Harbour City. Discover’s Nanaimo’s historical significance as a bustling city, as a trading hub, as a military base, and as a biodiverse natural environment.

The Nanaimo Museum, located in the downtown core, shares the story of our unique community. The museum features several permanent exhibits that help visitors understand Nanaimo’s past and present. For example, guests can walk through a replica coal mine, discover what life was like for the early Snuneymuxw First Nation, and find out how the Nanaimo’s World Championship Bathtub Race began.

The Nanaimo Museum routinely hosts Feature Exhibits, sharing world-class displays from other museums in Canada and beyond. Meanwhile, the museum’s Community Gallery is a space dedicated to sharing smaller collections of art, literary compositions, and photography, created by members of the community.

In October, the Nanaimo Museum hosts a series of lantern tours, which takes guests to various sites downtown while a host shares tales of the city’s grisly past. Don’t miss any opportunity to sign up because these popular tours sell out fast!

One of Nanaimo’s most recognizable landmarks, The Bastion was commissioned by the Hudson’s Bay Company in 1853 as a defensive structure. The Bastion was engineered to protect against bad weather and invading forces but was later repurposed into a government building and temporary jail.

Today, The Bastion is a symbol of Nanaimo that serves as a miniature trade-era museum. The first floor is dedicated to the Hudson’s Bay Company day-to-day trading operations, the second floor shows off its cannons and armaments, and the third floor displays colonial miner artifacts and tools used to build The Bastion. The Bastion is open to the public between May Long Weekend and Labor Day.

The Vancouver Island Military Museum features 24 separate exhibits, each focusing on an essential aspect of Canada’s military past. While the museum does share artifacts and information about each major war, including Afghanistan, the Korean War, and the Secret War, it’s the museum’s emphasis on people that make it an exciting learning opportunity.

The Vancouver Island Military Museum shares the stories of people often overlooked in war exhibits, including Canada’s merchant mariners, the Black Battalion, women, and Aboriginal soldiers. The museum uses artifacts, photographs, and memorabilia to help connect visitors to the past.

Building 370, 900 Fifth Street
The Museum of Natural History at Vancouver Island University explores and celebrates the biodiversity of life found in Nanaimo and its surrounding lands and waters. Guests can learn fascinating facts about animals and plants while discovering they impact ecosystems throughout Vancouver Island.

The museum is open from September through April when university classes are in session. Potential guests should call (250) 753-3245 in advance as hours vary throughout the semester.