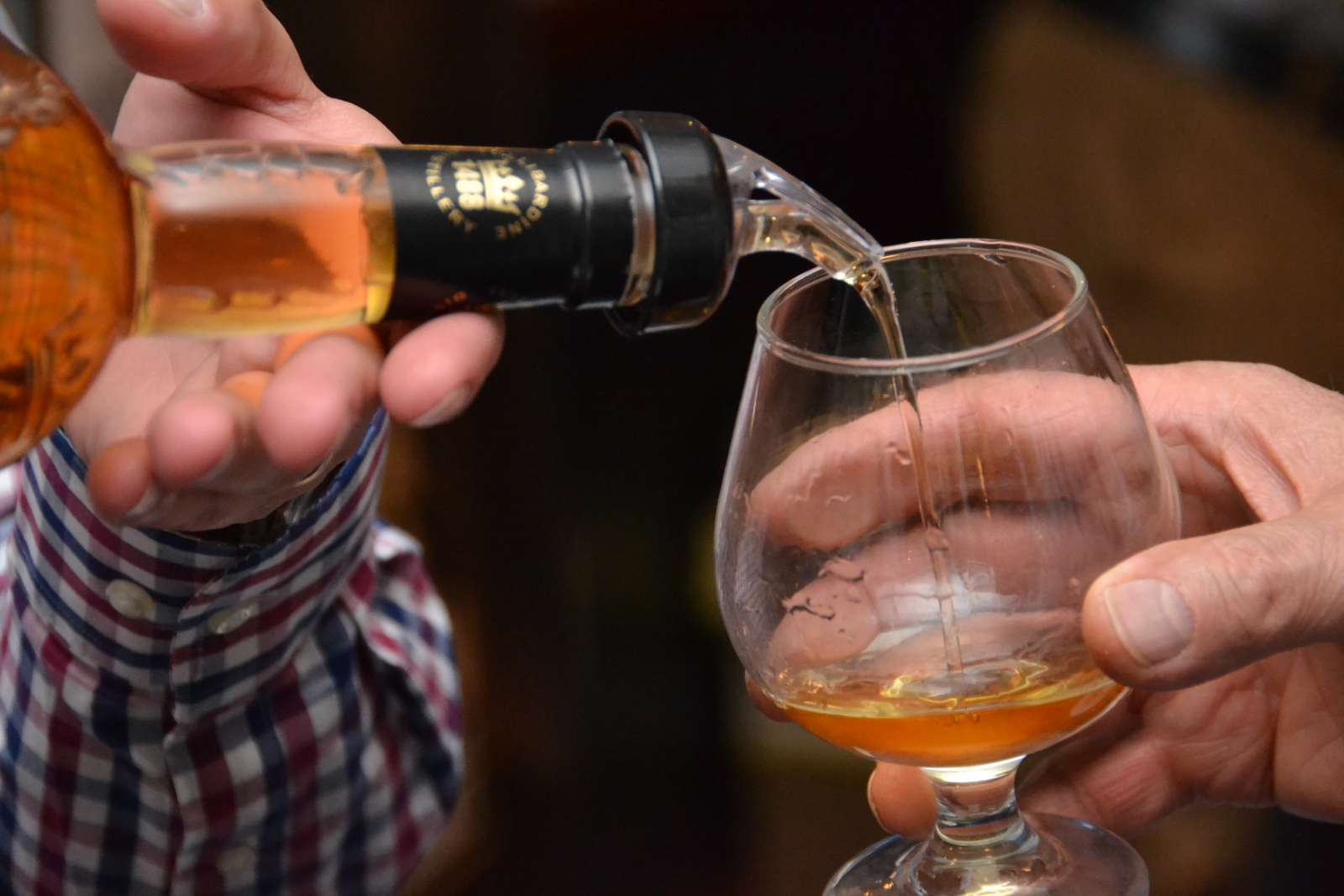 Nearly every man, woman, and child across this great nation knows Nanaimo for the sweet n’ chewy dessert that bears its name, but what if we told you that this great city had another bar worthy of a little recognition? While not a dessert, the Whiskey Bar at the Grand Hotel, Nanaimo is surely something worth buzzing about. Home to “the only fully-fledged bar of its kind on the Island,” says Manager Susie Sirri, this unique establishment offers over 75 different bottles of the much-beloved drink. From traditional single malt Scotch to more intricate blends and exotics from places like India, Japan, or Tasmania, the Grand Whiskey Bar sure lives up to its name. The bar also plays host to the annual Wee Tipple Whiskey Tasting, a fundraising event for Nanaimo’s Crimson Coast Dance Society.

Whiskey: Scotland and Beyond 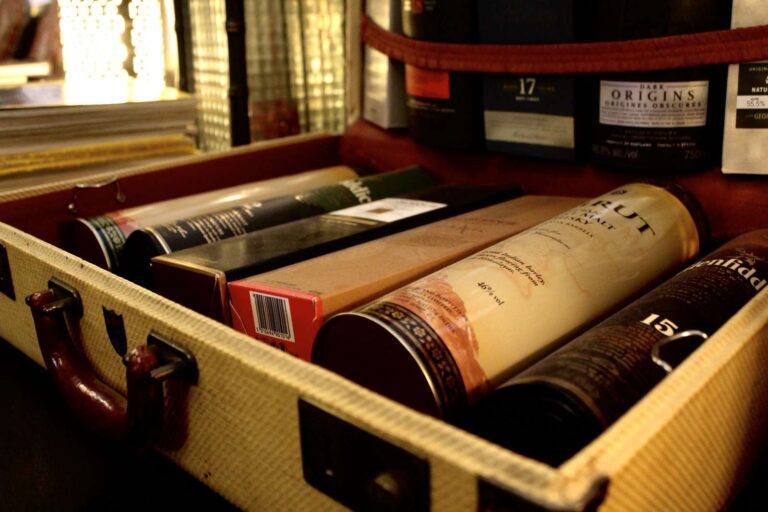 A vintage suitcase full of whiskey – The Grand Cru Lounge at the Grand Hotel, Nanaimo

While whiskey got its start in the rugged countryside of old Scotland, it inevitably found its way out of the country in the suitcases of world travelers like Masataka Taketsuru of Japan. In the early 1900s, Masataka Taketsuru traveled halfway around the world to Scotland to study the whiskey craft. When he returned home, he founded Nikka Taketsuru and began producing his own version of the drink which is now recognized as one of the best whiskeys in the world. We recommend you order a glass during your next visit to Grand Whiskey Bar or try a sample at the annual Wee Tipple Party: Nanaimo’s whiskey festival.

For a whiskey to be labelled a ‘Scotch’, it has to be a product of Scotland and it must be made from Scottish barley. Although Nikka Taketsuru sources their barley from Scotland, they could never produce a true ‘Scotch’ because of the geographic eliminator. Bourbon is made from corn and rye is made from… well, rye of course. Some producers create blends. Interestingly enough, if stopped part way through the fermentation & distillation process, proto-whiskey can actually become almost like a beer – but not necessarily a good one have you. As it ages in the barrel, the flavours also mature. One misconception that some hold is that a bottle of whiskey becomes better the older it gets, but Susie Sirri of the Grand Hotel, assures us that this is not true. As it turns out, whiskey only ages when still in the barrel, and once it has been bottled it doesn’t really matter if it’s been sitting for a year, a decade, or half a century… bottles labelled with time frames like the 35-year old Pulteney were distilled in their barrels for 35 years. If you’ve got a bottle you’ve been saving for a while, this could be good or bad news for you depending on the way you look at it.

From Scotland to Japan to India (Amrut fusion) and now the shores of Vancouver Island, whiskey has borne itself a community of individuals not tied by national boundaries but instead by the spirit of the drink itself – a spirit that Susie Sirri and Wee Tipple Organizers say includes elegance, friendship, humour, and good conversation.

The Whiskey Bar at the Grand Hotel, Nanaimo was founded in 1999. It began when guests starting asking for nice whiskeys at the bar before it was a comprehensive ‘Whiskey Bar’. As more drinks were brought in to accommodate the thirst for whiskey, the selection grew and became what it is today.

When asked where the Hotel sources its bottles, Susie Sirri explained that they acquire many of their features from local liquor stores (often through special order) and that for some of the more rare additions to the cabinet they source those bottles from international distributors.

Arbutus Distillery, a producer local to Nanaimo has begun experimenting with this classic beverage. Still in the early years of conception, it will take a number of years before their bottles reach the shelves at the Grand Cru Whiskey Bar says Susie Sirri. You can, however, sample regional whiskey creations made by Shelter Point Distillery based near Oyster River, a little ways north of Nanaimo on Vancouver Island.

Who are your typical patrons?

“We get a lot of interesting characters, and not in a bad way – we receive a wide range of people from many different and unique places, some of whom have very intriguing stories to tell. We get amateur drinkers to whiskey professionals. Old-school stiff-upper-lip types and young, adventurous free-spirits. Whiskey is becoming more popular with the younger generation whose tastes seem to be maturing. They’re like the second wave of scotch lovers. Gone are the days of older gentlemen only, no women allowed. Young people. male and female, are now appreciating the flavours.” – Susie Sirri

The culture of whiskey is finding a new home among the younger generations says Whiskey Bar Manager Susie Sirri. A lot of young people willing to be a bit more adventurous. Whereas the older generation typically likes to think that classic scotch is the best, younger folk enjoy trying more exotic whiskeys and appreciate the diverse range of flavour profiles, all the intricate notes, and nuances.

But whether you identify as young or old, male or female, Scottish or not whiskey has something for everyone. “When you bring humans into it, regardless of background, it imbues the whiskey culture with warmth,” says Holly Bright. “Sophistication, playfulness, nuances & intensity, shared palette experiences and personal tastes all make for a dynamic occasion.”

How can visitors make the most of their experience?

Attend events and tastings like the Annual Wee Tipple Fundraiser which features whiskey Tasting at the Grand Hotel where you get to interact directly with whiskey professionals, tradespeople as well as casual whiskey lovers too. Try whiskey in a lot of its different types and forms, and make use of the spitune (If you’re intoxicated, it will affect the way you taste). Find the bottle you like, and then have a glass. We recommend having a meal beforehand; drinking liquor on an empty stomach is not ideal. Do NOT have whiskey ‘on the rocks’ as it dilutes your drink. Hot tip: The Grand Hotel also offers a Cigar Room (Authentic Cuban cigars available here) and Luigi of Goodfella’s Cigars offers varieties at Wee Tipple, so you can truly embody that old school cigar & whiskey combo right here in Nanaimo.

The Grand Hotel’s Executive Chef Ian Ter Veer sometimes adds whiskey to his cooking. He has been known to use it when marinating salmon or cheeses. If you plan to visit the Grand Hotel and you want a specially curated meal paired with wine or whiskey, you can contact the Grand at least a week in advance for a specially crafted meal. When it comes to the annual Wee Tipple Party Fundraiser, you can expect something special in the form of complimentary appies.

Upon your visit to the Grand Hotel, whether to Whiskey Bar or simply staying the night, keep an eye out for Barkley. He’s often seen wagging his tail around the lobby or sleeping cozily in his doggy bed by the reception desk. 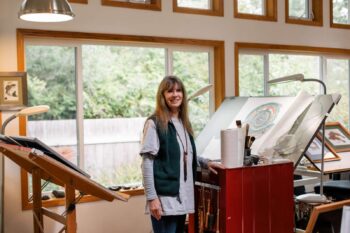 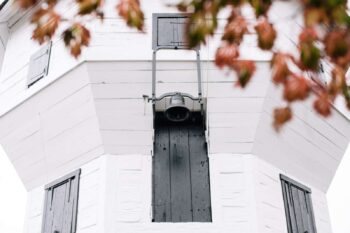 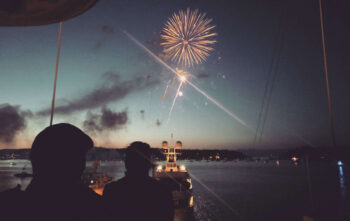 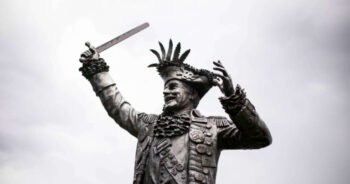