Nanaimo After Dark: 10 Fun Things To Do After The Sun Goes Down 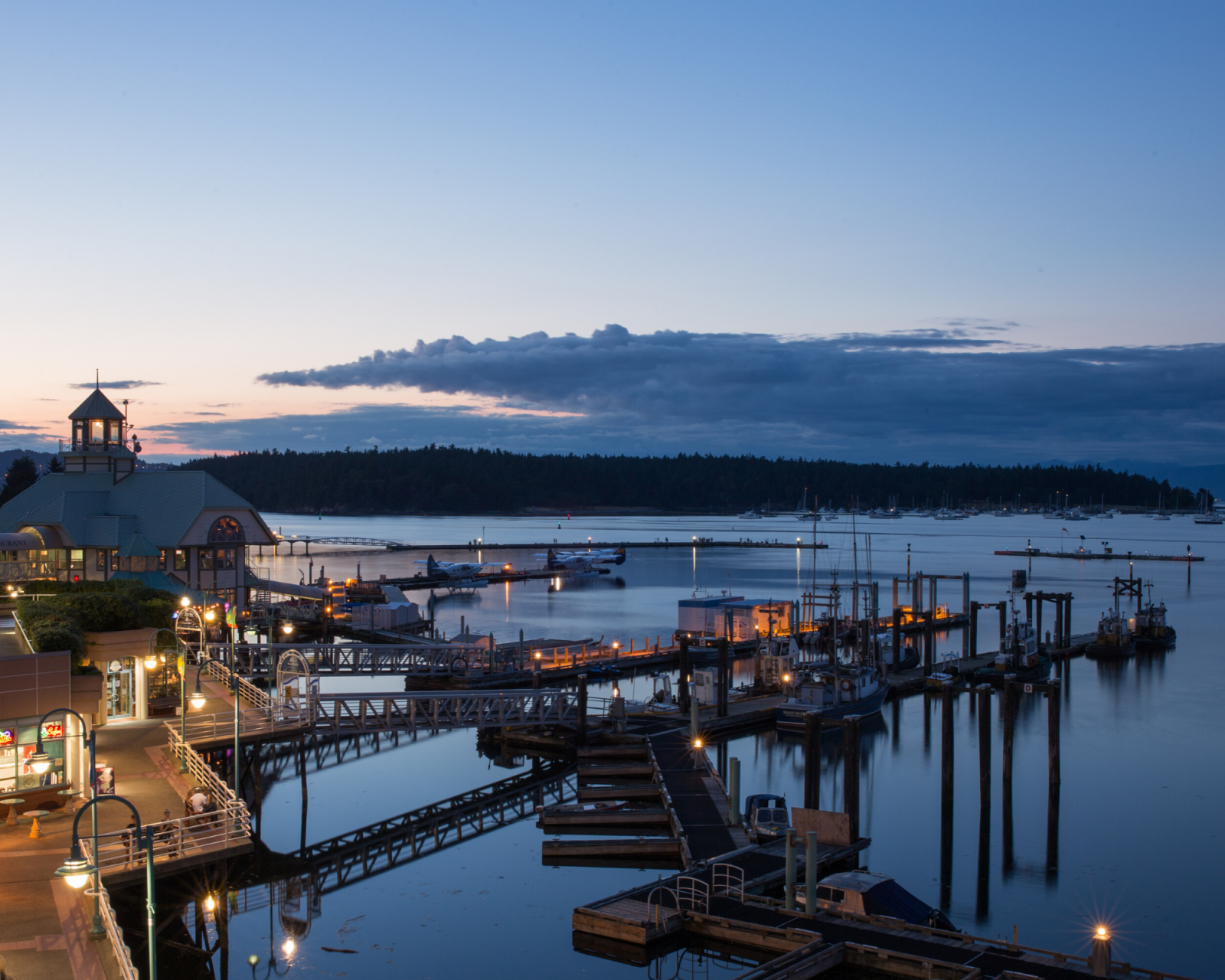 By day, Nanaimo is a bustling hub of activity with eclectic places to shop, west-coast inspired cafes, and endless outdoor activities. But as the sun sets on your day, there’s no need to fret: there’s still plenty of fun to be had in the harbour city, and here are 11 examples to help inspire your next adventure.

Unleash your inner lumberjack at Axe & Grind! Axe throwing is a fun activity that’s easy to learn and difficult to master, and Axe & Grind provides the perfect setting to try it first-hand.

Every session starts with an intro from the on-site staff to teach participants how to stand and hold the axe, and effectively throw it into the wood target. Once novel axe-throwers are comfortable with the basics, they learn the rules for an exciting, fast-paced competition among friends.

Axe & Grind provides a variety of axes to challenge every skill level, and eager participants can learn additional throwing styles as they gain experience. Those who need a break or have time to kill can also play pool in the lobby.

Bowling is a beloved pastime for many and a great way to spend the evening hours. Fortunately, Nanaimo has two bowling alleys to choose between.

Brechin Lanes is a 5-pin bowling alley that’s perfect for families with kids, while Splitsville has more than a dozen 10-pin lanes that attract crowds of all ages. Both bowling alleys serve pizzas, fries, and other hot foods, along with selections of pop, beer, and other beverages.

Both Brechin Lanes and Splitsville are popular hangouts after dark, so those hoping to earn a few strikes should make a reservation in advance. Bowlers looking for a little extra entertainment can also enjoy Splitsville’s full arcade or Brechin Lane’s escape room. Speaking of which…

Escape rooms transport participants into another world to put their logic and problem-solving skills to the test!

Participants must solve a series of hands-on puzzles and riddles, using clues from their surroundings, to find their way out of a themed room that tells a story. Every item and detail in the room may be an important clue—or a red herring that leads to nothing at all! It’s up to those trapped to make sense of it all, solve the mystery, and work their way to freedom…

Nanaimo has three escape rooms to choose between, all of which have received rave views from former escapees:

Jump Around On Trampolines

Release those inner ninjas at Airhouse! As Nanaimo’s only trampoline park, Airhouse describes itself as “a progressive, freestyle training centre offering a wide range of trampoline and action sport programs for everyone.”

Trampolines are a staple of the facility, while numerous obstacles add to the adventure, including climbing walls, platforms, and gymnastics equipment. The end result is an open playground for participants of all abilities—from brand new bouncers to Olympic gymnasts.

Airhouse visitors can jump, flip, balance, and climb to their heart’s desire. Check out their website for drop-in schedules and lessons info.

Rock climbing is a favourite pastime of many outdoor enthusiasts, and the Romper Room is the perfect place to give the sport a try. The Romper Room offers a safe and controlled environment where new and avid climbers can take on hundreds of routes across 7,500 square feet of space.

Climbing tests strength, flexibility, and problem-solving skills, while those with a fear of heights have an additional challenge to contend with. Regardless of personal abilities, indoor climbing is guaranteed to test physical and mental strength in a fun and supportive setting.

Adventurous climbers who master the basics can ditch the ropes in the bouldering cave, or sign up for the Romper Room’s outdoor climbing classes.

Nanaimo’s VRKade on Bowen Road offers an adventurous escape from everyday life into brand new worlds! Players who step into virtual reality use their whole bodies to explore dozens of games; players look in the direction they want to see, walk to new destinations, and use their hands to fire weapons and interact with nearby objects.

VRKade has dozens of games to choose between, offering a thrilling VR experience for everyone. VRKade’s library includes classic interactive games like Angry Birds and Fruit Ninja, indie and action games developed only for the VR experience, and two state-of-the-art educational science games.

VRKade has 10 bays, and is the perfect getaway for individual players or small groups. Players can pay by the hour or join the monthly membership club for almost endless VR adventure.

The Port Theatre hosts live entertainment almost every night, drawing top-notch performers from across the globe, including international dance troupes, racy comedic groups, and extraordinary performance artists. It’s also the place to go for musical concerts in numerous styles—rock bands, orchestras, and tribute bands are all regulars here. Best of all? There are no bad seats at The Port Theatre.

The Nanaimo Theatre Group at The Bailey Studio offers additional opportunities for live theatre, and hosts several community plays throughout the year. The annual Christmas-time pantomime—which encourages audience members to boo villains and cheer on protagonists—is a decades-old Nanaimo tradition that’s fun for all ages.

One of Nanaimo’s most popular music venues is The Queen’s, which welcomes live musicians and bands most nights of the week. The Queen’s building has been a landmark in Nanaimo since 1892, when it was originally built as The Queen’s Hotel, which provided mining accommodations and served as a social drinking establishment.

To this day, The Queen’s is a place to gather with friends over drinks and is known for regularly hosting high energy local rock bands. The modest concert venue also draws touring artists from across North America and hosts music trivia, bingo, and other special events.

Nanaimo has become a hotspot for local beer and whiskey, with an award-winning distillery and several world-class craft breweries.

Two of the city’s most popular microbreweries are located downtown, and serve locally crafted brews alongside light snacks. White Sails Brewing opened in 2015 and has earned a loyal following with its impressive collection of locally-inspired beers. Cliffside Brewing Company is a family-owned business that opened towards the end of 2019 and their six small batch beers are the talk of the town.

For those who crave a drink with a little more bite, The Arbutus Distillery offers a liquor lounge where patrons can share stone-fired pizza and taste a variety of locally produced craft spirits. Arbutus Distillery’s small-batch spirits include single malt whiskey, gin, vodka, and flavoured liqueurs.

Calling all pool sharks, ping pong enthusiasts, and foosball masters—to the James Street Game Room! This modern billiards hall has 13 world-class pool tables, alongside tournament quality ping pong and foosball tables. Players who take to the games can up the ante and sign up for a weekly league or tournament.

James Street Game Room has a family-friendly section that’s suitable for all ages, as well as a 19+ area that serves cocktails, shots, beer, and wine. Players who get hungry can munch on comfort foods such as cheese toast, taquitos and chicken strips, in between rounds. 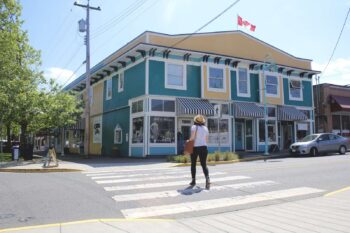 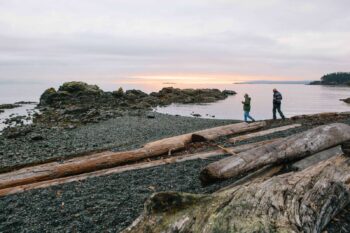 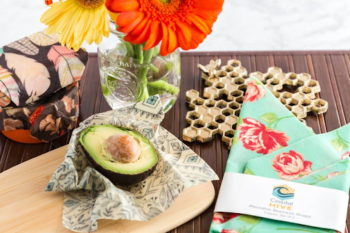 Vancouver Island is a haven for artisans, which makes finding that perfectly unique gift for your friend, colleague, or family…